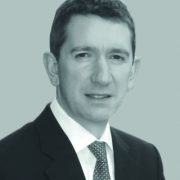 If corporate treasurers thought that the turmoil that COVID brought was behind them, 2022 has disappointed; the Chinese Proverb ‘may you live in interesting times’ is not meant as a positive. After a decade of ultra-low or negative interest rates, the latest business cycle has been ended with one of the sharpest series of rate hikes in decades across most major economies. This has come alongside and been a factor in creating the most volatile market environment in a decade, touching all aspects of a treasurer’s role. The uncertainty that has dominated 2022 has underscored treasury’s role in guiding a firm’s strategic agenda, and we see this more evident than ever in the positive momentum to embed sustainability within treasury objectives and policies, not only to align with the wider corporate sustainability objective but as an enabler to achieving those objectives.

Sustainability is at the forefront of stakeholders’ minds, and treasury departments have seen in 2022 a growing arsenal of solutions to help their firms match rhetoric with growing demand for action.

However, this variety of new solutions, with an array of methodologies and features, highlights the necessity for treasurers to better understand the products that they’re investing in, and to make sure there is a measurable and material difference between a solution marketed as sustainable versus established alternatives. The risks of doing nothing must be carefully balanced with the risks of getting it wrong. To mitigate this, the propensity to rely solely on a solution’s sustainability label must be overridden with sound understanding of the methodologies employed in the context of the markets in which they are applied. Within the MMF industry, the parallels between the over reliance on third party MMF credit ratings and fund classifications under the EU’s SFDR are stark. Indeed, just as we encourage investors to look beyond MMF ratings to understand a manager’s investment philosophy and investment process, so too we encourage investors to undertake full due-diligence on a manager’s approach to sustainable investing – always “look under the hood” as we have said here before.

Nevertheless, in 2022 it has been encouraging to see a high level of engagement across all aspects of treasury, not least at the oversubscribed ‘ACT ESG Conference: A practical guide for treasurers’ event just this month. Cross functional and industry engagement at all levels both up and down supply chains is going to be necessary to solve the biggest challenges of transitioning onto a more sustainable footing. Upskilling on ESG data sources, the methodologies used both to devise and apply the data within treasury will be necessary to ensure that engagement is meaningful.

No retrospective of 2022 would be complete without a mention of the significant volatility that spread across markets. Central banks across the globe engaged simultaneously in an aggressive series of rate rises, with the exceptions of China, Japan, and Turkey, all to combat the stubbornly high inflation that had been gathering momentum in 2021. Central banks, who had come under fire for being too slow to recognise these dangers made up for lost time by breaking rates raising records: the ECB raised rates by 75bps for the first time in its history, and then did so once again; the Bank of England raised rates 75bps for the first time in three decades.

Markets and central banks expect that inflation – and rates – will peak in 2023, before falling into 2024. Yet this consistent line has masked strong divisions within monetary policy committees. Hawks have been arguing that both markets and central banks have been consistently surprised by the persistence of inflation and the commensurate need for higher rates, while doves have been keen to warn that interest rates rises have a lagged effect and that central banks should be wary of overshooting and piling unnecessary pain onto national and global economies. Within central banks, hawks have by and large had their way this year. As recessionary signals grow across the global economy going into 2023, the doves’ argument is likely to be strengthened. Nonetheless, all this uncertainty has led many central banks abandoning any sort of formal forward guidance this year, so they can be ‘led by the data’, free to pivot their policy on a dime.

One particular market event bears discussing in more detail; Liz Truss’ short-lived mini budget set off an interest rate shock in the UK, with smaller knock on effects globally. While UK pension funds’ issues with liability driven investments (LDI) grabbed the headlines, the short end of the market saw volatility as well, as the same mechanism – to a lesser extent – lowered the value of fixed rate bonds held by investors and funds. Most MMFs funds held by sterling investors are low-volatility net asset value (LVNAV) funds, which allow for a constant net asset value (NAV) to be maintained as long as the fund’s mark-to-market NAV stays within a 20bps collar. Despite the significance of the shock, and with some funds seeing heightened flow volatility for example due to LDI margin calls, all sterling MMFs remained within the collar, continuing to price at 1.00. MMFs with shorter weighted average maturity (WAM) and a higher proportion of floating rate notes allowed portfolio managers to more quickly adjust funds to take advantage of higher rates, a strategy which has been successful for the rest of the year across several markets.

2022 has long been in our sights as an important year for MMFs, even before the present rates environment and a growing focus on sustainability. It was the year that the EU had set to revisit MMF regulations that were last updated in 2017, which heralded the widespread use of LVNAV funds. As one of the largest markets and a regulator of global importance, these standards have a reach far beyond Europe’s borders. Going into 2022, the European Systemic Risk Board (ESRB), the European Central Bank (ECB) and the European Securities and Markets Authority (ESMA) had already, or were on the cusp of, publishing their proposals and thoughts, as a further input to the review to be undertaken by the European Commission.

The proposals being discussed in the public domain focused on those areas they perceived as vulnerabilities, including the susceptibility of MMFs to outflows, the liquidity of the underlying markets, and the ability of MMFs to sell assets under stressed market conditions. To address these concerns, the proposals included provisions to make use of minimum daily and weekly levels under certain circumstances and decoupling these buffers from liquidity gates and fees to avoid ‘Bright Lines’. Alongside this, increases to these daily and weekly liquidity limits, as well as increases in the proportion of public debt that should be held were suggested – although it is worth noting that there are differences between these bodies on what they propose for liquidity levels and other areas. The LVNAV structure was generally supported, though tweaks were proposed.

The European Commission was due to complete its own review and reach a conclusion on what, if any, changes it would propose in July, but the various geopolitical crises have delayed their response with no current timeframe being communicated. It remains to be seen what the commission decides to do with these proposals, if anything, come 2023.

You can find more details in our piece here, and which remains current while we wait for the Commission’s review to be completed: Regulators’ review of money market fund regulation (as of April 2022) – Hub (treasurers.org)

With 2023 in mind, corporates have plenty on their plate. Continued market volatility, especially after so long in a low or negative interest rate environment, remains important beyond a treasurer’s remit in cash investing. Inflation, rates, and the spectre of recession dominated the macroeconomic forecast in 2022 and remain centre-stage next year. Alongside this, the importance of ongoing efforts to integrate sustainability into your treasury policy cannot be overlooked. As has been highlighted at the latest COP summit, we have much work to do in order to reach our target of limiting warming to 1.5°C. More practically, treasurers now have a growing toolbox to draw from to aid them in this endeavour – with the caveat that they must understand what their tool does, how it does it, and whether it makes a real difference when it does. Finally, potential regulatory changes, most notably in the EU, hover on the horizon of treasurers and asset managers alike.

Share this post
PrevPreviousTime to get proactive
NextUltra Short Duration Bond Funds: Seeking the right balance between risk and returnNext