Regulators’ review of money market fund regulation (as of April 2022)

Regulators and other bodies in a number of markets – most notably in Europe and the United States – are in the process of reviewing the rules under which money market funds (MMFs) operate. In Europe, this is part of the scheduled review planned for 2022 that was written into the existing rules, but a key element of international reviews is also in the context of the market stresses seen in 2020 due to the impact of the COVID-19 pandemic. It is important to note that any potential rule changes have not yet been agreed, and even when the typically lengthy legislative process starts, further changes are likely before they are finally signed off ahead of any implementation timetable. Therefore, while the process is reaching one of the critical stages, we are still some way off knowing what the final rule changes will be – if any – and in turn how long before they would need to be implemented. This April 2022 update explains where European regulators are in that process, the key proposals for the European Commission to consider and, finally, what (and when) the expected next steps are likely to be.

The reviews conducted by ESMA and others looked at a number of areas they perceived as vulnerabilities, including the susceptibility of MMFs to outflows, the liquidity of underlying markets and the ability of MMFs to sell assets under stressed conditions, and the continued adequacy and appropriateness of existing MMF regulations. Looking at ESMA, the ESRB and the ECB together, there are several areas of their proposals that overlap, but also areas that differ on potential rule changes – a reminder that the Commission must now make its own determination and these reviews to date are simply inputs to that review, not binding proposals. The following are some of the thoughts that have been forthcoming from these three main reviews, with short-term LVNAV funds in mind… 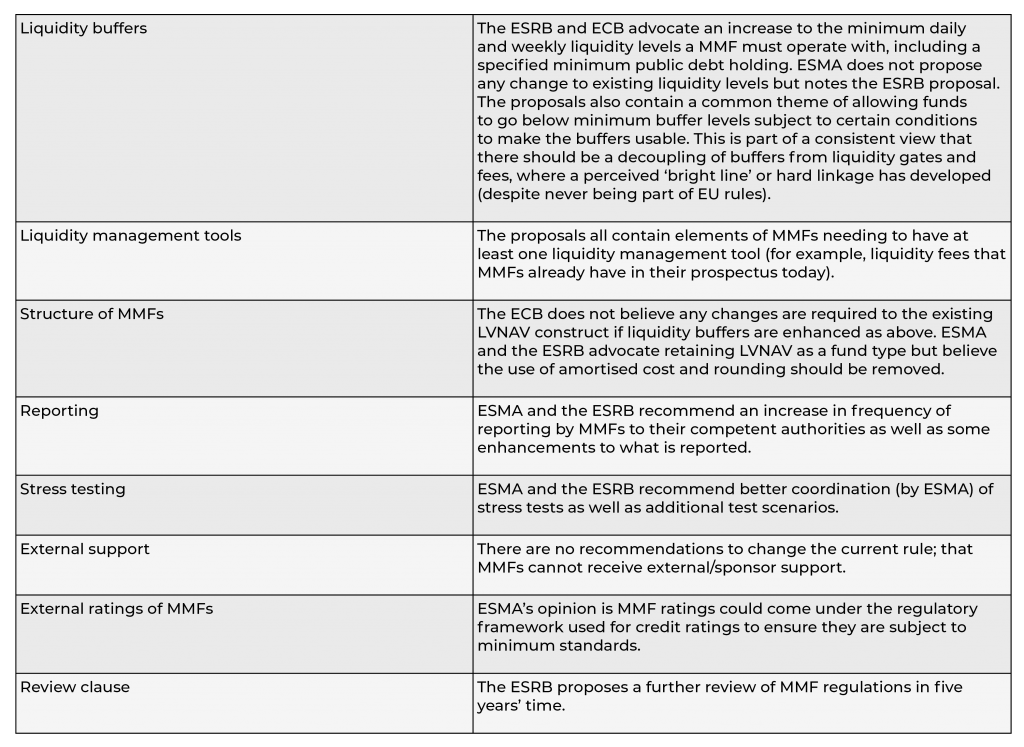 In HSBC’s response to a number of the consultations that have been conducted, we have noted that MMFs withstood a major market dislocation in 2020, while continuing to provide liquidity and stability of principal despite a lack of market liquidity – which we believe demonstrates the effectiveness of current MMF regulations in Europe and the US. HSBC is supportive of any efforts to ensure MMFs continue to be as resilient as possible and where they continue to meet investor needs. In 2021, we also provided feedback that the relevant authorities should review the current operating model of the major global money markets more generally, to identify opportunities to make the money markets themselves more resilient and better able to function normally during periods of market stress. The following summarises our stance on potential future rule changes to European MMFs:

Next steps in the regulatory process

The European Commission will now review the various proposals and submissions, and is due to report on its own proposals in July 2022. The Commission may choose to conduct a public consultation, although at time of writing, this is not confirmed. As already noted, any opportunity for investors and their industry associations to voice their needs or concerns should be welcomed. Once the Commission has completed its review, its proposals will then start their passage through the European legislative process. This includes being reviewed and voted on at the European Parliament, the European Council and ultimately a trilogue between the three bodies. These processes can take a considerable amount of time and the Commission’s proposals could be rejected or amended at any point through these steps. Once final votes are completed, it is expected there would be a transition and implementation phase (assuming any changes); meaning that in reality, any changes may not take effect until well into 2023, and most likely beyond. It is interesting to note that the current set of European MMF regulations took more than four years to go live once the Commission had completed its review, although there is an expectation this will be accelerated (if/where possible) this time around.

Note, these are purely HSBC estimates at this point in time. 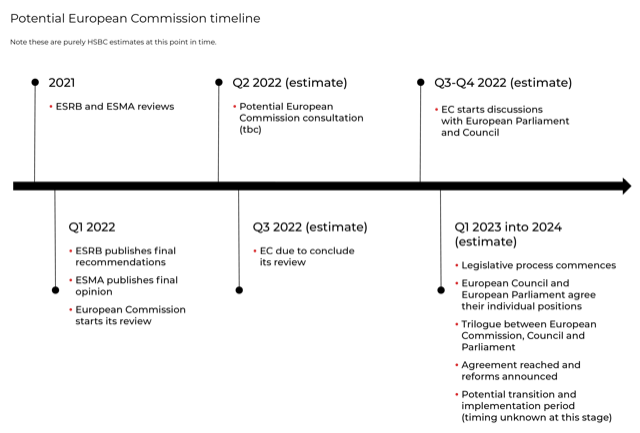 MMFs successfully navigated the market crisis in 2020, demonstrating the effectiveness of current MMF regulations in Europe. We are supportive of any efforts to ensure MMFs are as resilient as possible where they continue to meet investor needs in the future, and will continue to actively engage with regulators and other bodies to help shape the debate. As noted already, any potential changes to MMF rules are not confirmed and it is for the European Commission to complete its review. Even then, any potential changes need to complete their passage through the various EU bodies that will vote on the proposals which, history shows, can be a slow process and can result in changes to the proposal along the way. Nonetheless, we are now approaching a phase where potential changes will become clearer – even if they are subject to further change and some way off from actually being implemented. With this in mind, it will be critical for investors to stay close to developments and where the opportunity arises to voice their needs through any public consultation by the Commission. 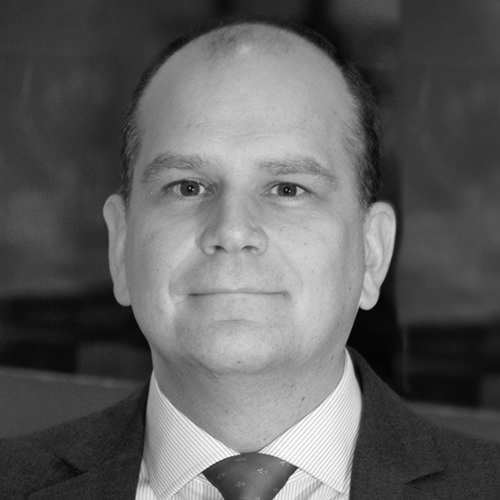 Hugo Parry-Wingfield is the EMEA head of liquidity investment specialists for HSBC Asset Management. Based in the UK, he has responsibility for the development of the liquidity capability strategy in the region and leads a team of investment specialists covering HSBC’s Global Liquidity solutions. Parry-Wingfield joined HSBC in 2013 and has been working in the cash management and banking industry for more than 25 years. He joined from Citibank’s Treasury and Trade Solutions business, where he was co-head of the EMEA liquidity and investment business. Prior to that, Parry-Wingfield held senior liquidity sales, product management and consultancy positions at JPMorgan and at PwC. He has a Bachelor of Science degree in Business Administration and Human Psychology from the University of Aston, and holds the Certificate in Investments from the UK Securities and Investments Institute, as well as the Association of Corporate Treasurers’ Certificate in International Cash Management, and is a UK FCA Certified Person.